Marie’s Story: How Her CASA Volunteer Inspired Her

In a recent training for new CASA volunteers, ‘Marie’ shared that her personal experience with her own CASA when she was a child, is what motivated her to become a CASA now. 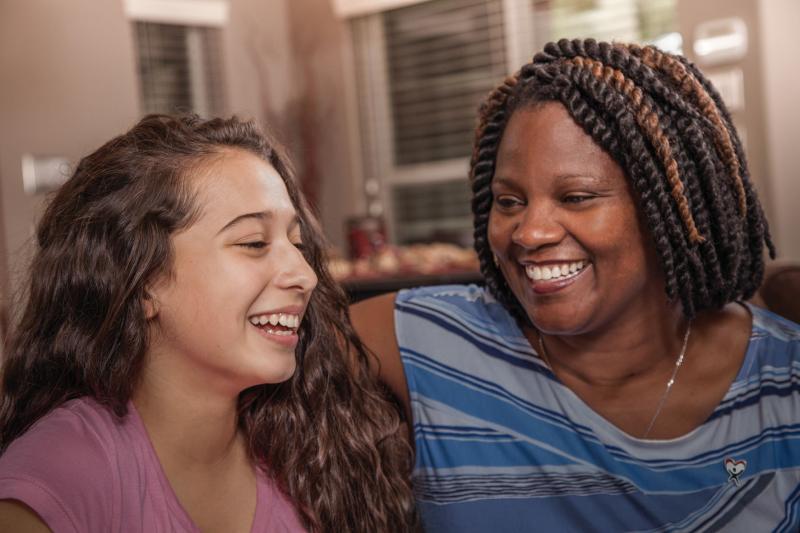 Growing Up with a CASA – Marie’s Story

For Marie, growing up included living with adverse experiences, court proceedings, and a lot of uncertainty. To help her through this difficult time, Marie was assigned a Court Appointed Special Advocate (CASA) to advocate for her best interest and ensure she ended up with the best possible outcome.

As Marie’s case moved through the court system, her CASA was with her every step of the way. She spent time with Marie and her family to gather the necessary information. She also collaborated with social workers, service providers, and educators to shape her recommendations, and advocated for Marie to ensure that the best decision was made on her behalf. Having her CASA present in court made Marie feel reassured and comfortable. However, the support her CASA provided didn’t stop there.

CASA volunteers can be more than just an advocate. For many children, their CASA volunteer may be the one person that they can trust and rely on. In Marie’s case, her CASA felt like a big sister. She took Marie to get ice cream, attended her musical performances, and stayed actively invested in her and her day-to-day life. Throughout all the chaos, her CASA was a constant figure in her life that Marie could always count on.

After the Case Closed

As Marie’s case closed, she found it difficult to accept that her CASA would no longer be a regular part of her life. The relationship they had built together helped Marie through a very difficult time, and the impact it had on her remained even after the case closed. Her CASA showed her that no matter what life throws at her, there is always someone out there who cares and will fight for her. Also, it was her CASA that inspired her to go to college. The two kept in contact for several years, and her CASA even wrote to her as she studied abroad. They’re no longer in touch, but she carries her CASA experience with her every day, especially now being a volunteer herself.

CASA Volunteers Have a Lasting Impact

As an adult, Marie became a Monroe County CASA volunteer in early 2022. At the time of this interview, she hadn’t yet worked with any children, but she was recently assigned to her first case. She will work with two siblings as they move through the court system, just as she did. Marie plans to spend time with them to better get to know them and build trust, alongside her other CASA duties. She also noted that the children are having trouble at school. She hopes to help them feel more comfortable and encourage them to get involved in some social activities with their peers.

Just as Marie’s CASA changed her life, she hopes to have that same impact on the children she will come in contact with as an advocate. Having had a CASA herself, Marie is uniquely positioned to be able to truly relate to them and show them that they’re not alone.

Do you want to make a positive impact on a child’s life? Monroe County CASA is seeking diverse volunteers to advocate for abused and neglected children in our community. Please visit our website to apply for an upcoming volunteer training.