1. How long have you been a CASA volunteer? 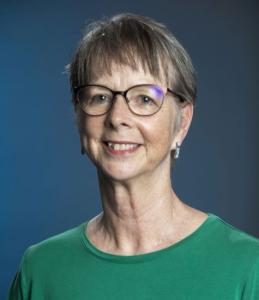 2. What brought you to apply to become a CASA volunteer?

For many years I was a Spanish interpreter in state and federal courts, and was often exposed to CHINS cases. I told myself that if I ever stopped interpreting in the courts, I would volunteer as a CASA. That time arrived, and I contacted a close friend who’s been a CASA volunteer for a long time. She eventually nudged me into signing up.

3. Besides being a CASA volunteer, what do you like to do in your spare time?

I like to hike and kayak, and generally do outdoor activities, including road trips just to explore the countryside and to learn local histories.

4. What do you love the most about being a CASA?

That I can actually make a bit of a difference in children’s lives. I find myself feeling fiercely protective about the kids I am responsible for. I like letting them know that I am really on their side and talking with them as an ally. Also, as an introvert, for me it’s a bit of a challenge to get involved in people’s business, but since we have to do that, I am practicing my underdeveloped skills in both assertiveness and tactfulness, and small successes feel rewarding.

5. What’s a hidden talent or unusual fact that most people don’t know about you?

That I actually made it to three auditions for Jeopardy, but never got on the show. It’s a lifetime disappointment!