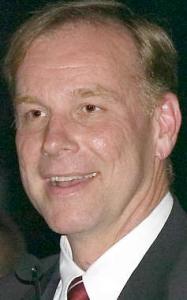 A steady drop in funding to the Indiana Family and Children Fund has some child advocates saying that children in crisis are receiving fewer services.

On a larger scale, the total state appropriation for child welfare and child support services was $622 million in fiscal year 2010. The proposed appropriation in 2012 is $529 million, a 15 percent decrease.

Child advocate organizations say it’s difficult to get figures from the state concerning the amount of money spent on services for abused and neglected children because of changes in the way the Department of Child Services is funded.

Before the property tax bill of 2008, the local Department of Child Services was funded by property taxes administered through county governments. But after the bill passed, funding for all DCS offices was centralized at the state level, meaning the control of those funds was no longer in the hands of county governments.

“County government used to decide what cuts were or were not made,” said Kristin Bishay, director of Monroe County Court Appointed Special Advocates. “But when property taxes became centralized, it gave the state the power to make cuts however it wanted.”

Ann Houseworth, director of communications with the state DCS, said the 2008 tax relief bill moved property tax money from the Family and Children Fund Budget to the state budget.

“The state Legislature gave the responsibility of managing that money to the state DCS,” she said. “Before that, the monies came from county property taxes and were managed by local DCS offices.”

To make matters more confusing, the state assumed responsibilty for the Family and Children fund for half of fiscal year 2009, which skews the funding data for that year. “We have not had any success getting the data we want from the state,” Bishay said. “It seems like they’re playing a shuffle game.”

Houseworth confirmed that the DCS has indeed had cuts, but added that an increase in federal funds have helped ease the pain.

“There have been cuts in state dollars, but by providing accurate information showing we are serving families in the best way possible, we’ve been able to maximize the amount of federal monies we’ve received,” she said. “Overall, though, our budget has been cut.”

“Because we have $2 billion less in revenue since fiscal year 2008, all agencies, unfortunately, are seeing reductions in spending,” she said. “Gov. Daniels feels we need to live within our means and that’s what we are doing.”

Cathleen Graham, executive director of IARCCA – An Association of Children and Family Services, said when the state shifted funding from the counties to the state, the amount of money budgeted for the Family and Children Fund was $445 million for fiscal year 2011.

“But the DCS did not spend $31 million of that $445 million and that was returned last June to the state’s general fund,” she said. “That meant that each county DCS office had even less money to spend on the daily care of kids.”

Graham said the state gave its assurance that the cuts would not affect services to abused, neglected and delinquent children – but has not made good on that promise.

“Starting July 1 with the start of fiscal year 2012, the state will cut $109 million from what the DCS requested in fiscal year 2011, which is a 25 percent cut,” she said. “If you think children are not being well served now, wait until July 1 when there are 25 percent fewer dollars.”

Houseworth said various initiatives allowed the DCS to improve outcomes for the children it serves without spending the entire Family and Children Fund Budget appropriated to the DCS.

In a Jan. 26 letter from Indiana DCS director James Payne to the House Ways and Means Committee, Payne writes that the $109 million reduction to the Family and Children Fund “was accomplished by eliminating inefficiencies in the previously county-based system related to inconsistent pricing of services and increasing the leveraging of federal funds.”

Graham said DCS officials have told her the agency has been able to save money by placing more children with relatives rather than removing them from homes and paying for foster care.

“That’s fine as long as the kids are receiving the right level of services and are safe,” she said. “But we fear that may not always be happening. If a grandmother is given three grandkids with no help, she may not be able to care for them properly.”

Graham added that highly troubled children need to be put in therapeutic or special needs foster homes, even if they are more expensive than regular foster homes. “It’s the same with counseling and drug treatment,” Graham said. “If the state does not invest in these services at the right time, it will lead to more expensive consequences down the road and more kids ending up in the Department of Corrections.”

Monroe County juvenile court judge Steve Galvin said the county used to pay those who provide services to children and families, but now the state DCS decides what service providers are paid.

Galvin said since the state began contracting for services such as drug therapy and drug counseling to families in his court, he has seen some providers stop providing those services.

“They saw a 10 percent cut in pay last year and as a result, some of them have fallen away,” he said. “One psychologist recently said the rates were unreasonably low and opted out.”

Galvin said he is not yet at the panic stage because there are still enough providers willing to provide services at the reduced rate.

“The state says it’s not cutting funding for children, but rather is re-allocating the money,” he said. “But the truth is that the state is cutting the amount of money going to providers. I’m worried that any further cuts will result in a loss of services available to children.”

“The state DCS and juvenile court judges have to make sure we don’t allow budgetary considerations to prevent us from providing sufficient and excellent services to children and families.”

State Rep. Peggy Welch said she is concerned about how the cuts are affecting DCS caseworkers and their ability to do their jobs well.

“DCS has told them they are now working 37 1/2 hours a week and that’s it,” she said. “In addition to handling big caseloads, they are required to be in the homes for all supervised parental visitations.”

Welch said DCS officials have told her the cuts have not affected caseworkers or the services provided to families because the agency now operates more efficiently. But she is skeptical.

“DCS says the caseworkers can visit with the children while they’re visiting with the parents, but in my opinion you can’t do those two things simultaneously,” she said. “I’m wondering how the caseworkers can get all their work done, and make sure that kids are being well cared for.”

Welch said if CASAs are complaining about inadequate services to children, the DCS should listen.

“The CASAs are the ones on the front line,” she said. “They are the people best able to see where the rubber meets the road when it comes to these children.”

Houseworth points out that the shrinking budget has not led to reductions in the number of DCS case managers. She said by bringing all its fiscal operations into a centralized location, the DCS now counts around 1,590 case managers, more than twice the number it reported six years ago.

How abuse and neglect investigations are done
By Dann Denny

When the Department of Child Services receives a report of child abuse or neglect, it sends a case manager into the home to assess the situation, said Ann Houseworth, director of communications for the state DCS office.

If DCS substantiates that abuse or neglect has taken place, and feels the children are in a dangerous situation, it can immediately remove them from the home – but must obtain court approval within 24 hours to keep them out of the home for a longer period of time.

Houseworth said the DCS can open the case as an “informal adjustment,” in which the parents willingly accept services – such as drug counseling or therapy. In these instances, the courts do not get involved.

But if the abuse or neglect is severe, or the parents are uncooperative, DCS can go to the juvenile courts and ask for a detention hearing to see if there’s a need to find temporary placement for the children.

“Then, within 48 hours, we have an initial hearing with the parents where we explain to the judge why we removed the children,” she said. “At this hearing, we need a court order from the judge to keep the children out of the home and find more long-term placement for them.”

If the judge issues such an order, Houseworth said, DCS has a 30-day window after the child is removed from the home in which to complete its assessment of the case before having a fact-finding hearing – which is essentially a trial.

“If during the assessment we do not substantiate the allegations of abuse or neglect, we will not file a Child in Need of Services petition, and the case would not go forward,” Houseworth said.

“If abuse or neglect is substantiated, DCS would file a CHINS petition and the case would go on to the fact-finding aspect.”

Houseworth said after the fact-finding, DCS – along with a Court Appointed Special Advocate and the medical professionals and social workers – bring their recommendations to the judge and the judge makes a decision based on those recommendations.

“The judge could order that the children be removed from the home, order services for the family or children, or put the kids back into the home,” she said.